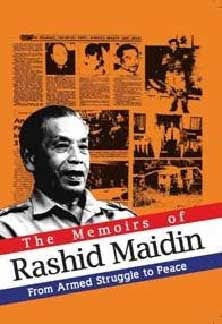 ISBN: 9789834372727
121 pages
RM25.00
“Since the 1930s, I was involved in the Communist Party of Malaya (CPM) in the struggle against the British colonizers to free our homeland. Many have asked me why I chose to take this path and not another, they have also asked me about my experiences, my joys and pain and my memories. I’ve had all kinds of questions thrown at me. It is also true that I myself have wished to write down some episodes from my struggle within the CPM….
I endured the extreme bitterness of living under both the British and Japanese. I fought against the Japanese during their occupation (1941-45) with all my might, just as I did when the British returned to rule Malaya in 1945. Between 1945-48, when I agitated peacefully against the British, I was one of the CPM’s public representatives, openly organizing the masses for independence. Soon after the declaration of the Emergency. I was caught and imprisoned in British detention camps until 1952. It was a good thing that I managed to escape and join the 10th Regiment [of the Malayan National Liberation Army] with my close friend, Abdullah C.D. In December 1955, I participated in the Baling Talks with Chin Peng and Chen Tien. In 1989, I was one of the CPM’s representatives in the Phuket negotiations which resulted in the Haadyai Peace Accord of 2 December that same year. I hope this memoir will give some idea of the struggle which I plunged myself into for decades.”
Dicatat oleh M.A. di Ahad, April 26, 2009